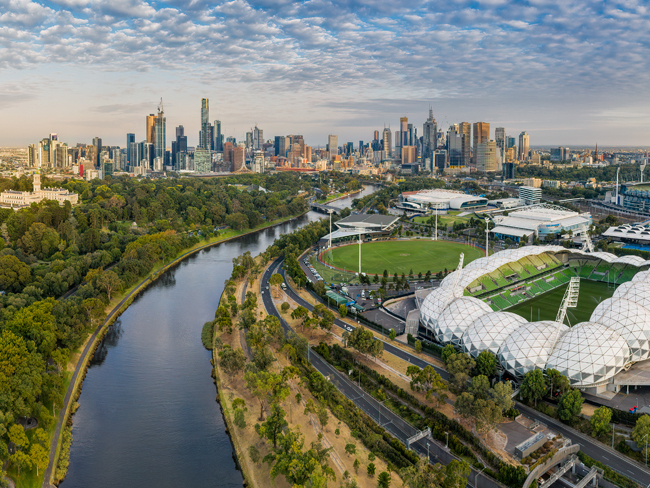 Innovation is borderless. Great ideas (and of course, great engineering) aren’t bound by geography or the lines on a map. They can come from anywhere at any time. That’s why rolling out features and services globally are very important to us at AWS. We want developers, entrepreneurs, startups, and enterprises alike to all have access to world-class cloud technologies regardless of where they are located. Today, I’m excited to announce the new AWS Asia Pacific (Melbourne) Region.

Melbourne is our first Region of the New Year, our second in Australia, and brings our total count to 31 Regions and 99 Availability Zones worldwide. It’s also where I am starting my first big trip of the year (don’t worry Sydney, I will see you too). While down under, I will be giving a few talks. I’ve included registration information at the end of this post for those of you who are interested.

Personalised maps of the human brain

One area of particular interest to me is the intersection of healthcare and cloud services. When we launched the AWS Europe (Spain) Region, I wrote briefly about HumanITcare. Here in Australia, I want to focus on Omniscient Neurotechnology (o8t). A company that has built a brain mapping platform that has the potential to revolutionise neurosurgery, as well as the way that we diagnose and treat neurological and mental health conditions.

We have studied the human brain for centuries. Its structure and chemistry. Hypothesized how different regions of the brain regulate cognition, movement, and language. But until fairly recently (see Human Connectome Project), we haven’t had the tools or the compute power to really understand how the brain and nervous system are connected and interact with each other to produce behavior and cognition (also known as Connectomics). Co-founder and Chief Medical Officer of Omniscient, Dr. Michael Sughrue, often sums it up with a quote from Emerson Pugh, “If the brain were so simple that we could understand it, we’d be so simple that we couldn’t.”

Every brain is wired a bit differently and every brain scan produces more than a billion data points. It would be impossible, even for the smartest and most well-trained neurosurgeons and neuroscientists to analyze this amount of data. However, it is a problem space that is uniquely suited for computers. Using existing brain imaging technology, like MRIs, in conjunction with machine learning models and cloud services like EC2 and Aurora, Omniscient can produce personalised brain maps for patients that not only show how their brain is shaped and structured, but where connections are and how they are clustered.

Today, surgeons are using this technology to diagnose, plan, and operate on patients with more precision. Researchers are using this technology to test treatments for depression, sleep disorders, and other neurological conditions. This is only possible because of the cloud, and it’s a testament to the fact that nothing, especially not borders, can hold back a great idea.

Some fun with generative AI

While working through a little bit of writer’s block, I decided to use ChatGPT to help me ideate on titles for this post. I didn’t wind up using any, but these were clever.

On the road in Melbourne and Sydney

As I mentioned at the start of this post, I have a few speaking events lined up for my Aussie Adventure. In Melbourne, I will be speaking about innovation at Amazon throughout the years. In Sydney, I will cover my tech predictions for 2023 and beyond. If interested, you can use the links below to register.

For those of you who can’t join me, I hope to share some of the highlights from my trip over the course of the next few weeks. As always — now, go build!